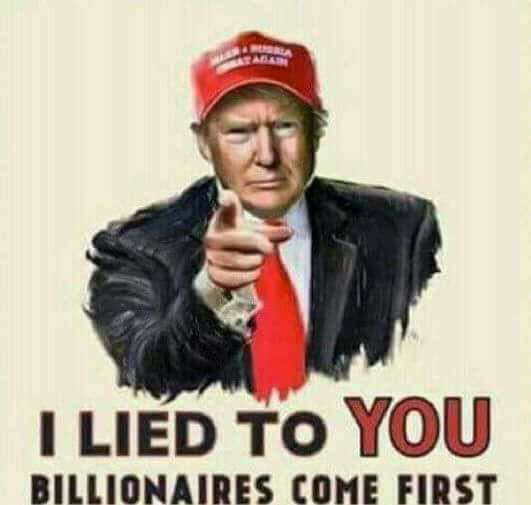 “Will one of my democrat friends please explain to me why tax cuts for a majority of tax payers is a bad thing? I can not wrap my head around the thought processes that would come to that conclusion.

“The government is actually letting you keep more of your money and you are complaining about it?

The short answer is, a tax cut is never a bad thing for those who get it. Enjoy your money.

The bad thing is how unfairly, how unequally, it has been applied across our society. You’re getting a modest tax cut for a year or two that will taper off and leave you right where you were, while the ultra-rich are getting a huge tax cut permanently. The ones who already are doing well with the system, who need tax relief the least are getting the most.

Let me be clear about this: The rich are doing well by exploiting our economic system to their benefit. Good. More power to them. But they need to pay for the system they use. They make the most off our economy, so they should pay the most to support our society’s needs. I’m happy they are doing well, but it is at the expense of and the exploitation of, the workers, consumers, and small businesses, that they enjoy their prosperity. They should pay more taxes, not less. They owe our society more for what they have profited from it. And contributing to the survival of the least of society’s members will benefit them, whether they admit it or not. They need a customer base. They need a workforce. END_OF_DOCUMENT_TOKEN_TO_BE_REPLACED

It helps to know we are not in it alone!

The new Camper and truck

For about a year, I have been thinking about getting some kind of a travel trailer and doing some traveling. After our back-to-back trips to Florida and Arizona last summer, we really had such a good time that we wanted to do more, but hotels add up quickly when you are in them any length of time.

My wife and I have toyed with this idea and went to RV shows and saw all they have to offer, from micro-sized trailers up to monster RVs. Finding what fit our needs and that we could still afford was a challenge. 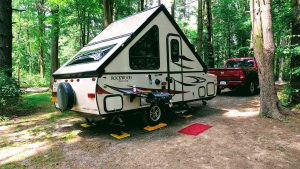 Initially, we thought that a conventional travel trailer in the 20-25 foot range would be what we wanted. I read up on all the amenities and hook ups and pitfalls they offered. They are not a bad choice and maybe we will graduate into one down the road. Until then, I thought maybe I could live with something smaller. I started looking at A-frame hard-sided pop-up trailers. What they are is like a pop-up tent trailer with hard sides.

The leader in the category, is made by a company called A-Liner. They make these trailers in a factory in western Pennsylvania. I found a lot of useful information about them and a dedicated following for them online. A couple of people have entire Youtube channels devoted to them and I was able to learn a lot from them.

But they are not the only company that makes them. The a-frame design has been around a long time and several companies make them, all with their own set of customizations. Another company called Chalet makes very similar models out in the Pacific Northwest, which, incidentally, is where the A-Liner company originated. They are popular, noted for high quality and are found predominantly in the west. END_OF_DOCUMENT_TOKEN_TO_BE_REPLACED 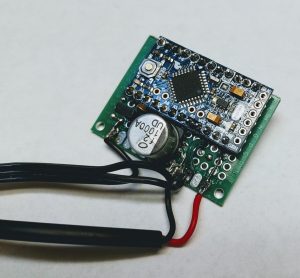 I have had a great time making and selling my Pixel Pole product on Tindie. I thought I’d share a few experiences along the way.

First of all, this whole idea came about as I was trying to find a fancy light display for our robotics team. I ordered a meter of RGBW NeoPixels and built up a shield for an Arduino Uno to work with them. I’m still using it for program development.

But what’s a Pixel Pole? Well, it’s a strip of NeoPixels and an Arduino circuit to run them. It runs off a battery and is intended to be attached to a bicycle flag pole for enhanced visibility. It’s a niche market, but I’m a part of the niche, so I had no problem getting the word out about them.

I have an entire page about the ins and outs of the battery packs here.

In fact, I made the first one for myself and mentioned it on Facebook in the Recumbent Trikes Group. Before I knew it, I had people asking how they could get one. Eventually, I decided to look into making a few. I went out on a limb and started ordering parts. I eventually looked into getting a PC board made and found a place that did inexpensive 3-board runs as long as they were a certain size. I found I could fit my design onto that size board five times, so I could cut them up and get 15 boards. END_OF_DOCUMENT_TOKEN_TO_BE_REPLACED