I was channel-flipping last night and came across The Voice and stopped to watch this one song. It completely blew me away. It is all at once what is right about The Voice and what is wrong about our American music industry.

Here you have a young woman, the youngest on this season’s show, singing a great song and obviously owning it. She was on top of her game, confident enough to enjoy every moment of it. I told my wife, if she wrote this song, she’s got it all. She didn’t, it was written by Jo Dee Messina, but I didn’t really expect an original composition.

The song was clearly targeted to a country audience. That’s what is wrong with so-called country music these days. It’s not a country song at all. It could have been arranged slightly differently and been a rock song or a ballad. But country sells, so it gets twisted into that genre. She still nailed it, though.

I don’t watch reality TV shows if I can avoid it. Sometimes someone else in the household will be watching one, though and I’ll see a bit of it before I wander away. Of them all, The Voice is probably the most intruiging to me. I like the whole mentoring approach and the idea that they are helping new artists. I don’t know how far it goes below the surface, but it feels good in a feel-good TV style. 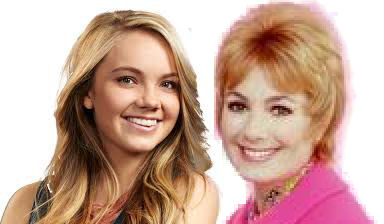 Why was I thinking of Shirley Jones?

It’s different than the American Idol series where some gems get picked out of a field that is mostly trainwrecks. The Idol show polishes them up and pits them against each other to see who becomes the most popular, which often means the most controversial. The Voice starts out with a better grade of competitor and seems more supportive of them.

Still, you have to wonder whether it is a natural progress in an artist’s development and career. Will pretty, young Danielle be so bright and exciting in a couple years? If she becomes a superstar, will she still have that innocent air, or become a jaded journeyman performer, cranking out the same songs as last night to a crowd she hardly sees through the footlights before she goes back to her tourbus and whatever vices she has picked up to console her loneliness?

I almost hope she doesn’t win. I prefer to think of her the way she performed tonight. Is it me that’s jaded, or is that the way the music industry works?