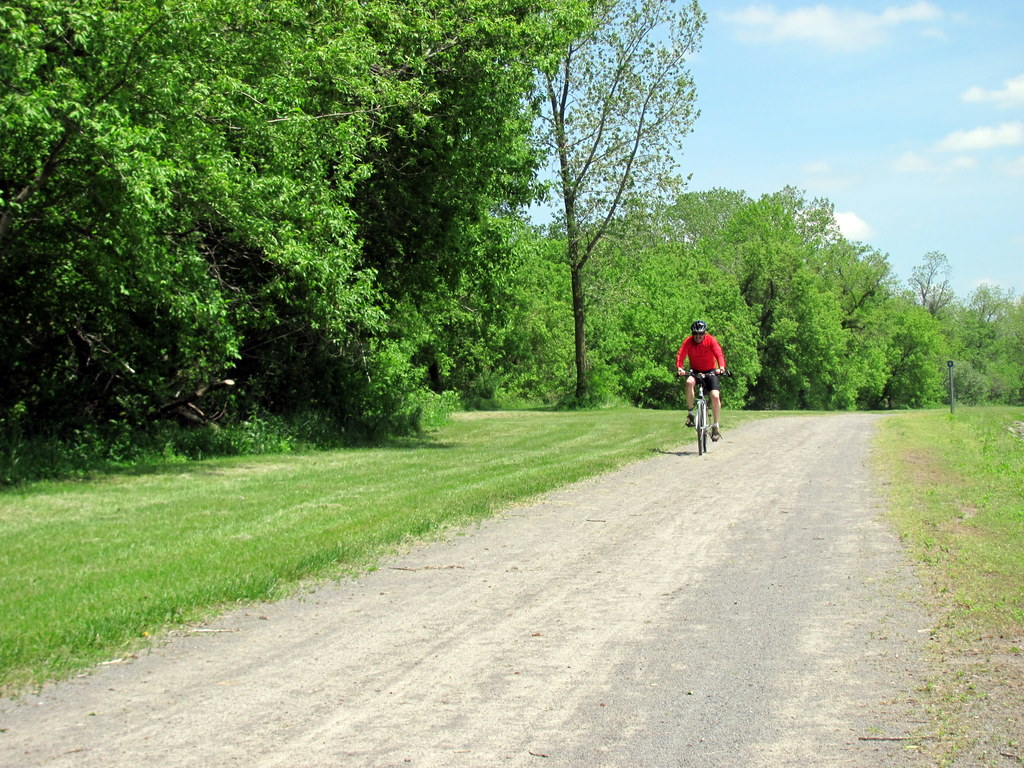 After Monday’s ride in the rain, I figured I’d take advantage of the lack of rain in the forecast for Tuesday and Wednesday and get some riding in. I fussed around with the bike Tuesday and ended up working on it all day instead of riding. But today, I got out there and rode.

I initially didn’t feel up to riding any distance, but stopped instead for lunch at Reids. I thought some fuel might give me some energy. It must have worked.

My plan was still not to go too far. I though I’d ride the canal banks out to about Orangeport Road and turn back. When I got there, I said, maybe I’ll go on to Gasport. After Gasport came and went, I figured I might as well go to Middleport. So I did.

The weather was ideal. Beautiful, sunny day with just a few fluffy clouds in the sky, but not hot at all. A breeze, but not too windy. Not a thing to complain about. We don’t get many days like that.

I brought my camera along and took it out of the trunk bag behind me and carried just the camera in the cargo pocket on my shorts. It has a velcro flap that kept it in successfully. I wasn’t sure it was secure, but decided to live dangerously and find out. My cell phone was in the other side, so I was balanced!

I took a dozen or so photos. The usual canalside stuff, geese, boats, etc. Really nothing to mention. But I took a photo of a cyclist coming towards me on the towpath. I thought it might be nice to have a photo of a cyclist riding the Canalway Trail. The photo is the one at the top of this post. 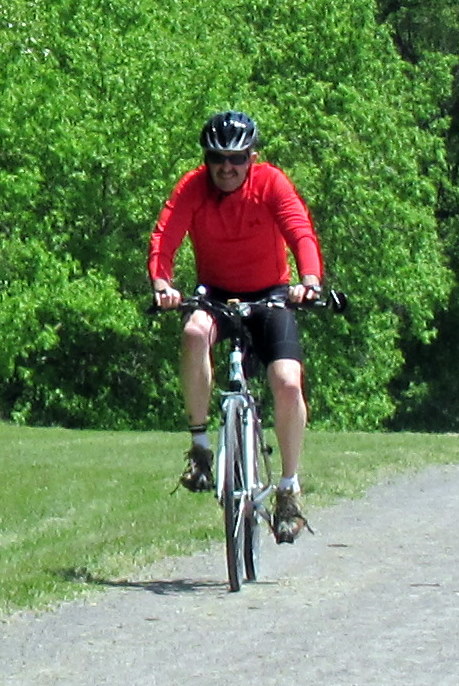 When I was importing the pictures from the camera, I zoomed in on the rider. My recumbent perspective kicked in and I thought “Oh my God look how high up he is. I hope he doesn’t fall from way up there!”

It wasn’t a thought that passed through my head verbally. It was more just that was how I felt looking at it. Something about the way the photo was cropped by zooming in emphasized the height the rider was over the ground. It seems sitting low and back now is so second nature to me that the traditional bike position seemed foreign to me!

You can click on either photo to see it full size. All the photos are at Picasaweb.

I ended up riding about 30 miles. I forgot to reset my cyclecomputer, so I’m not sure exactly. I took a long break in Middleport and adjusted my shift lever for the rear derailleur. I had taken it apart the day before and must have reassembled it wrong. It worked, but the detents for index shifting were all wrong. I rotated the little piece until I found the right orientation where it worked right. Hey, I learned on friction shifters long before indexed shifting existed, so it was no biggie, but it was an easy thing to make right.

I’ll probably be seeing a lot of the Canal Trail this summer. I plan on riding to the Rochester Hamfest In Greece NY June 3rd using it and again later in June for Field Day on the other side of Rochester in Webster. Both are weather permitting, so we’ll see.