A Tale of Two Malls 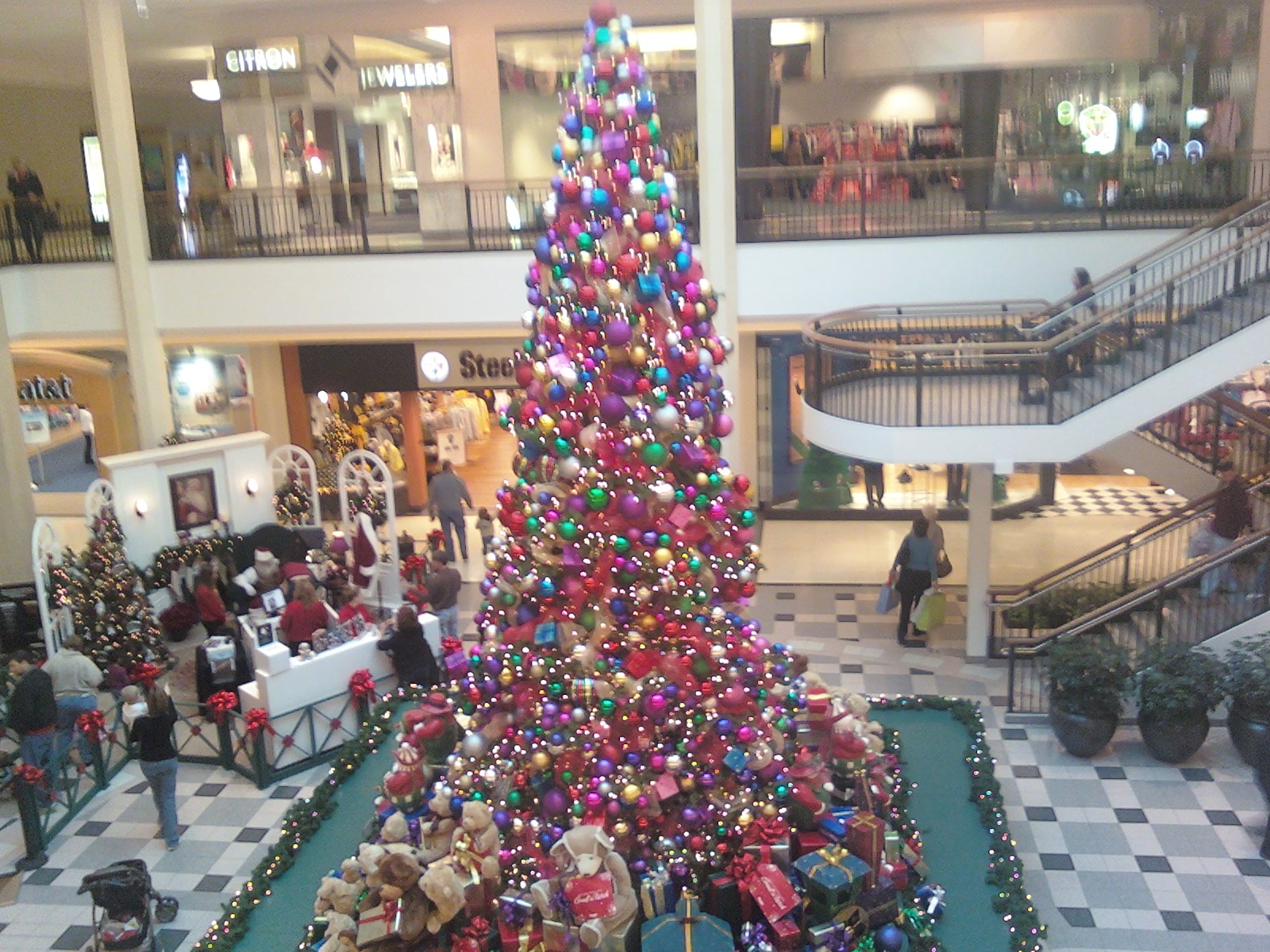 The starting line of Charles Dickens’ A Tale of Two Cities sure fits here.

Yesterday, after we got done with Al’s business at the hospital, we went out to see if we could get some shopping done. I was looking for a certain type of specialty store that Santa has sworn me to secrecy over, so I won’t mention it, other than that.

We did a little research on Google and found two shopping malls in or near Pittsburgh that we thought were worth a try. The first was across the river on the south shore and the other one was a few miles further away, but still not that far.

The names were found by the GPS, so we drove off to see what we could find. The first mall was in an industrial park and was almost hard to tell from the other businesses there. We parked and walked in and found a three-story mall with about six stores open. The top two floors were closed entirely. There were no big name anchor stores and almost nobody there. We looked around a little while but there wasn’t very much to see.

Oddly enough, we did find a cell-phone accessory store and Al had lost the back to his phone. We stopped to ask if they had anything to fit and they came up with a case – sort of a skin, actually – that covers up the battery and will keep from losing it.

It was way more than the typical mall cell-phone accessory kiosk. This place was packed with thousands of pieces for any cell phone. We took a short walk through the store and commented on the tight spaces in the aisles. The clerk laughed a bit and said “well it’s really a warehouse” which really shed some light on the store’s purpose. While it was open for retail sales, it really was a shipping center for something else, maybe internet sales, maybe a chain of kiosks. It fit in more with the Industrial Park setting than a shopping center.

So off to the next Mall, which was the South Hills Mall. It was surrounded by other stand-alone stores and strip malls, and was easily identified as a “Mall” immediately. We went inside through a Macy’s and worked our way through the maze-like layout to the mall entrance. It turned out to be a two-level building (the Macy’s was three floors), but this time it was full. We walked around and around each level until we had seen it all. Mostly, it was all the same stores as you see anywhere else, but it was full of people and busy. A full food court was also found with a few shops that were new to us.

At one end of the mall concourse, was a full three-story atrium with a large Christmas Tree set up in it. It was so full of ornaments, that you could hardly see the tree! Off to the side, was Santa Claus! So this is where he hangs out when not at the North Pole! Of course, there was a line of kids there to make their requests and get their photo taken with Santa.

So, like Western New York, we had two shopping malls within a few miles of each other, one busy and bustling, the other nearly vacant and about ready to be converted to some other use. Why? Who knows? All I know is where we found the one item we were on a crusade for. Our job as Santa’s helpers was fulfilled at, not the busy, bustling mall, but at one of the five or six stores still open in the nearly-vacant one. Go figure!