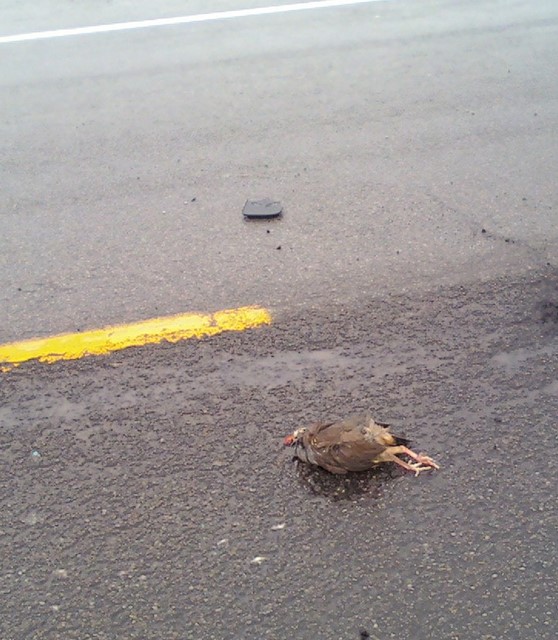 Scott Leffler has had a running topic on his radio talk shows on WECK and WLVL about the “Bird Wars.” They consisted of a lot of collected anecdotes to support the theory that birds, as a species, are at war with the species of man.

Conspiracy theory? Wacko talk? You might think so. I was unconvinced. Until today, when the birds turned their fury my way and made it personal.

On the way home from dropping my daughter off to school in Sanborn, and listening to Scott’s Dialog show on the radio (Coincidence? I think not.) one of them attacked my vehicle.

I’m sure it was aiming for my head, but being just a bird, it missed and instead hit my rear-view mirror square on. It made a sound like a cannon-ball had hit me and what was left of the mirror was left dangling, flapping against the side window. 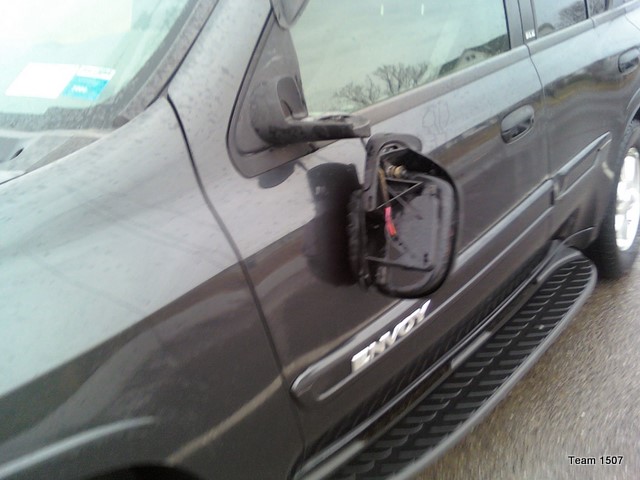 Initially, I thought I may have been clipped by a vehicle going the other way, Maybe they had drifted over the yellow line and our mirrors hit. But I didn’t see another vehicle then and there was no other vehicle close by in that lane.

I pulled off onto the shoulder and when I could turn around went back. I saw the bird and wondered if it was what I hit. I went to a nearby side road and turned around again and came back to the bird on the same side of the road I had been driving on.

Sure enough, there were plenty of pieces of plastic from my mirror in the road and cars were running them over pulverizing them further as I watched.

I got out and snapped a couple photos on my cell phone. You can see the evidence here!

I don’t know what kind of bird that is, Maybe someone can tell me. It might be a small chicken. If so, it was near a barn on a farm. I wonder if it was an escapee from the chicken ranch?