It’s rained here in Lockport the past few days. Not as much as Buffalo and some of the suburbs got, but enough to make for a very noticeable change in the seasons. While we were enjoying sunshine and 70-80 degree temperatures only a week or two ago, now it’s in the 50’s and cloudy most of the day. Maybe it’s the clouds, or maybe it really is autumn, but the days sure seem shorter too.

Today was pretty much rain-free and I took the opportunity to do my walk to the Post Office and back. I wandered a bit, but not really any new territory. I did take along the Canon Rebel xti and took some photos that should be better than those I took with the cell phone. 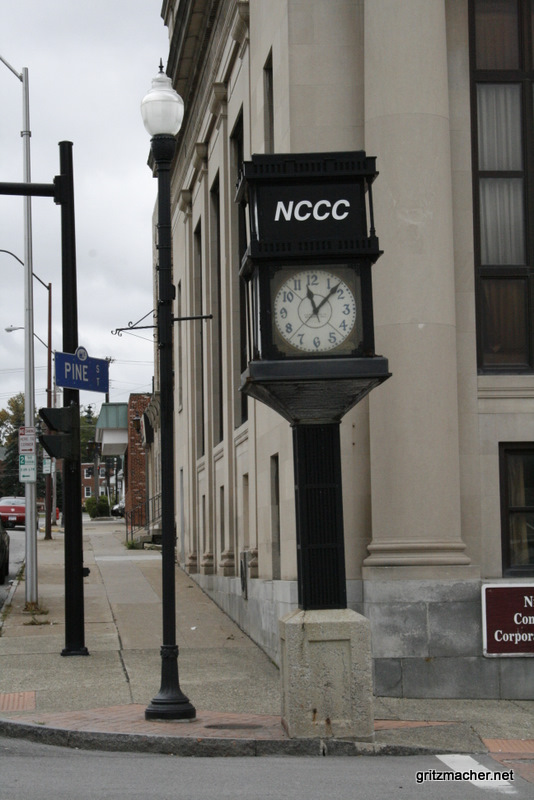 I wanted to revisit a few of the photos I took in the last bunch. This is the other, actually the original, four-sided clock tower in Downtown Lockport. It used to be in front of the Marine Midland Bank office, but that now is used as a satellite campus to NCCC. Kiddie-corner to it was the Manufacturers and Traders Bank (M&T) which held the famous Raphael Beck mural. The building is still there, but I don’t know what it is used for.

This clock is quite old. In fact, I remember it being old when I was a kid and having to be repaired at one point. The insides were removed and the clock sat empty for quite a while while it was rebuilt. It sands at the corner Main and Pine Streets, not far from the canal locks. 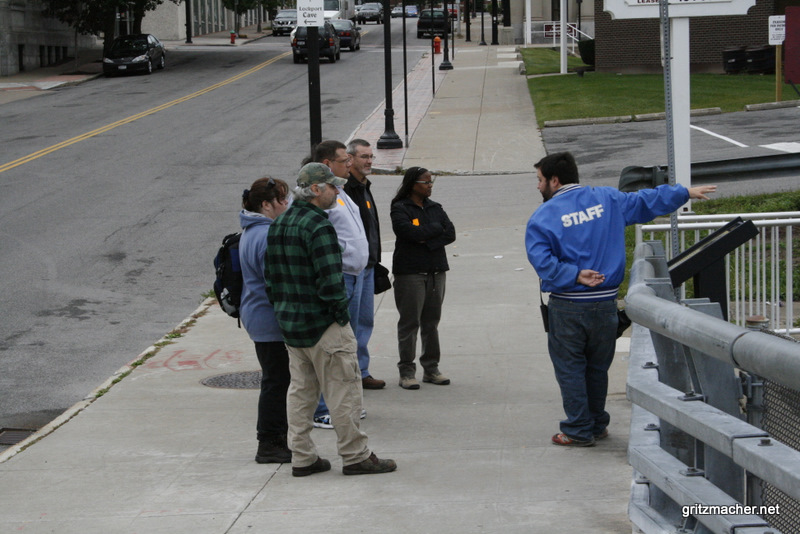 Even on a cool fall day, there are tourists coming to see the Erie Canal Locks. It’s kind of amazing to most Lockport natives to see so many people coming from afar to see the locks, but it really IS a tourist attraction.

You can see the base of the clock above at the very top of this picture. It’s tiny, but it’s there, showing how close to the canal it is. 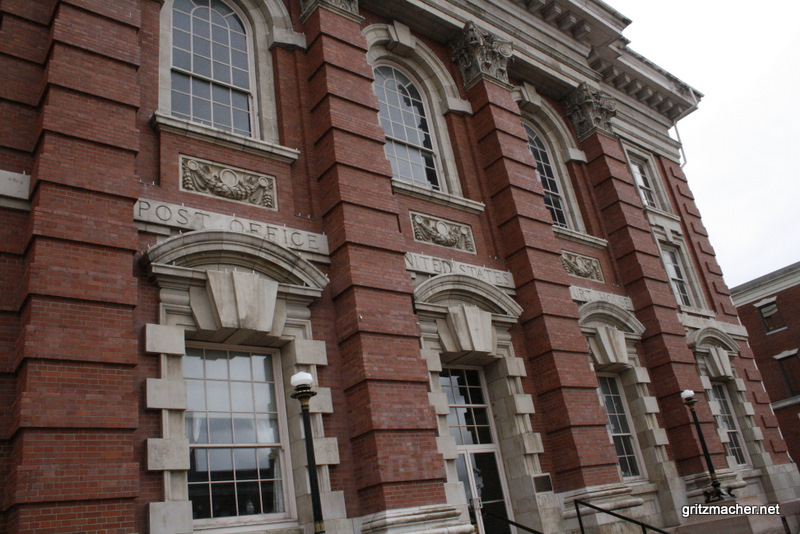 We talked about the “Old” Post Office building. Here’s a different view of it, showing the inscription “Post Office – United
States – Court House” across the front. It’s still an impressive edifice.

I took a bunch of other photos. There is a lot of “stuff” in a few city blocks in Downtown Lockport that is interesting, even to us who live here and take it all for granted. I’ve got some photos of the new Canal Street, which we all know as Richmond Avenue, some of the infamous parking ramp and the dilapidated state it’s in, and a few others. I’ll get them on here a few at a time as I get time…