On the Erie Canal to Gasport

Today the weather was somewhat reasonable. Compared to the past week it was cooler and less humid, although in the afternoon, the humidity seemed to inch back up.

But I took a ride anyway, rather than waste a day. I only wanted to do an easy ride, so I rode the canal towpath form Lockport to Gasport and back. It wasn’t a long ride, and didn’t take long either. 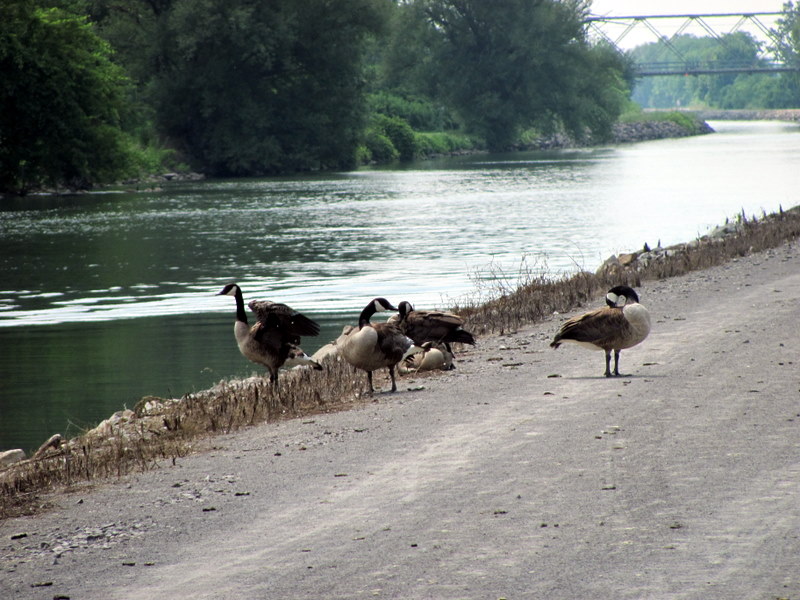 The sun was beating down on the path pretty well and it felt hot, if not as unbearable as last week. I noticed the amount of goose poop had really increased. You might say it was piling up… And at times it stank. It was impossible to avoid, no matter what you did. A lot of it was dried out and flattened out by getting run over (The Canal Tour had come through Sunday with 300 or so bikers.) and you didn’t even see it until it was flung up into the air off the tires.

One thing about a trike, you have a tire on each side of you and everything that sticks to the tires shoots straight up. I was wishing for fenders. 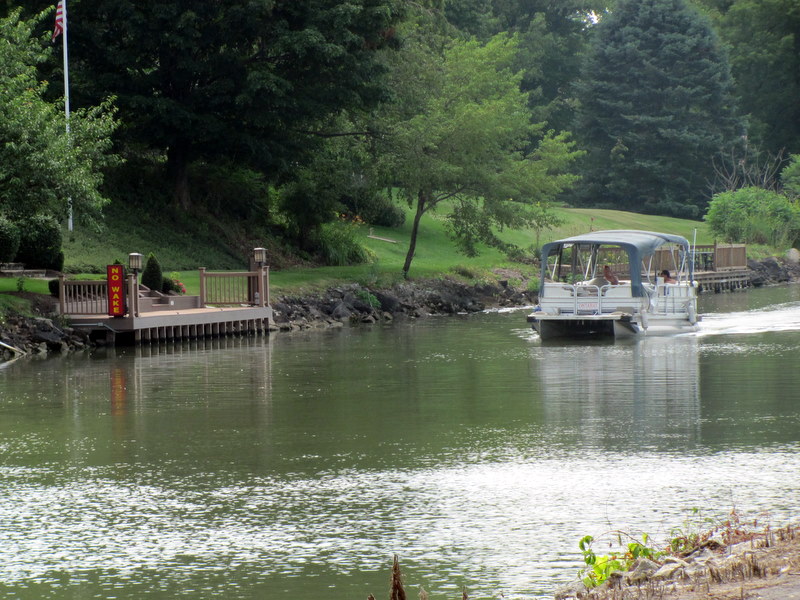 These people had keeping cool figured out. It had to be cooler than on my bike, but I didn’t have to put gas into the trike. 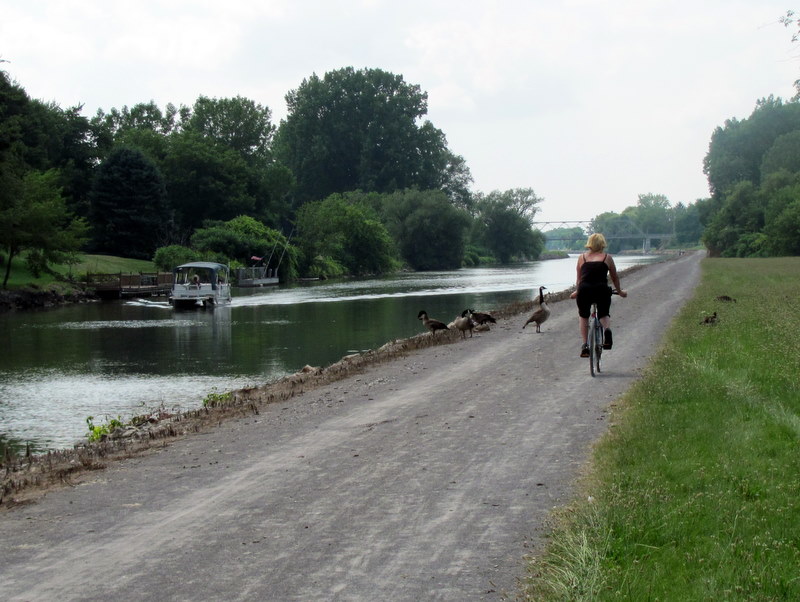 I passed this woman on a bike three times. Once before Gasport. I crossed over the canal in Gasport and rode down State Street to a small park where I took a break and watched a bunch of kids just finishing little league practice. I then rode back towards Lockport and crossed the canal again and got back on the towpath at Orangeport Road. Soon, I passed the same woman again. She must have turned around at Gasport as well.

Every time I passed her, she seemed surprised a little, even though I rang my bell. I think she had her iPod playing and didn’t hear me. She didn’t seem upset by it, though.

When I stopped to take these photos, she rode by me. That set the stage for passing her one more time on the way back to Lockport. I wasn’t in a hurry, but she seemed to be even less rushed.