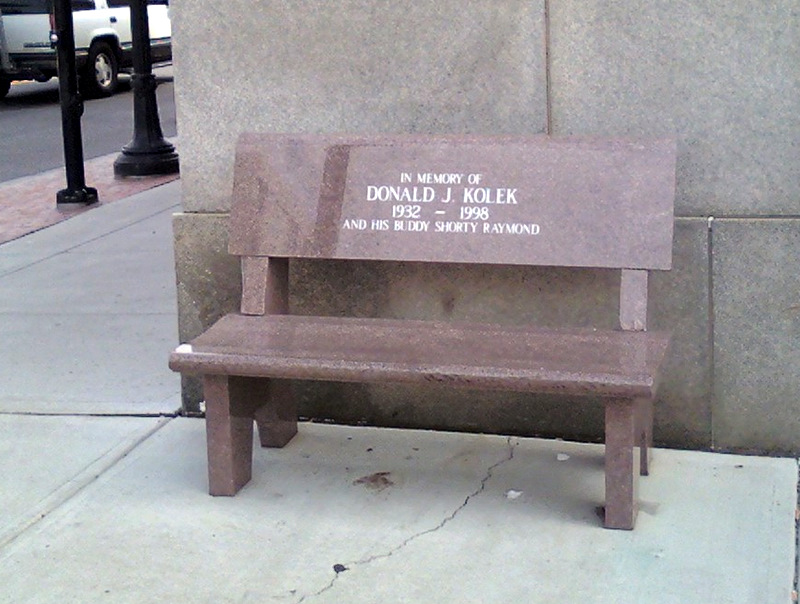 Have you enjoyed these photos? I know I have. I haven’t got out for a couple of days, but I have a backlog to keep this going. I don’t know if I can keep doing them daily, but certainly, occasional photos are a real possibility.

This bench is in a prominent location in Downtown Lockport. For me, it’s a handy spot to stop and rest when I walk from home to the Post Office (new, not old!) to pick up my mail. Oh, I don’t tire out that easily, but my back is usually sore by then and a couple minutes sitting gets it back in shape.

I don’t know the story behind the bench. The inscription mentions two friends. Perhaps they hung out here, a few steps away from what used to be the entrance to an “underground” place.

It’s also in front of what was once the first location of a bank that now has 113 branches. It’s changed it’s name several times, but I used to have a savings account there when I was a kid.

So where is this bench and what is the building it is next to? 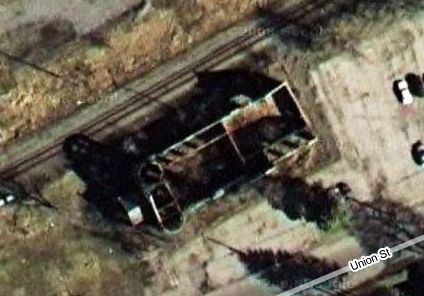 Shown is the ruins of the old Union Station on Union Street near Washburn Street. Once a train station, when trains were still a common means of transportation, in later years was a very nice restaurant. It burnt to the ground one night in the 1970’s, leaving only the stone walls.

Even in it’s current state, it’s an amazing piece of architecture and there are many people with hopes of restoring it to it’s former glory.

The LOCK sign is a train marker found along the tracks next to it. It must mean something to the trains that pass by, but I just thought it was a cool sign post.