Last June, a fellow decided to ride a bike across America to lose weight, get his life together, and impress his estranged wife that he loved her. 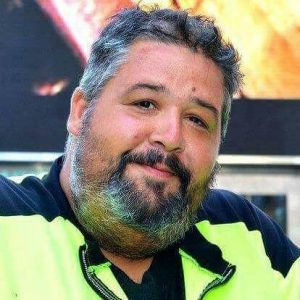 I heard about it very early on and followed him on Facebook and his website. It was an interesting idea and I wanted to cheer him on. After all, doing something like that has been one of my ambitions as well.

I checked daily to see how he was doing at first. I expected updates to see where he was and where he was headed. Initially, his plan was to begin in Massachusetts and travel west across the country. I wanted to know where he might pass by here and maybe go out and ride with him for a day. His plans were not very organized, but he initially thought he would pass through Pennsylvania. Okay, I could travel that far.

Things quickly went nowhere, though. His passage through Rhode Island was glacial. He was going on a typical day, 5 miles. He literally camped outside a town one night and didn’t even got out the other side of the town by the next night. So, okay, he’s having a rough time of it. Surely he’ll improve as the trip goes on.

Then disaster struck. His used department store bicycle broke down and he was needing repairs. That’s not much of a surprise, considering his weight of 560 lbs. He got a lot of advice online from other people who offered it, and hooked up with a bicycle shop that helped him out. He was given the name of a bike builder that makes bicycles for people who are heavy, and talked with them, but apparently decided against that option. Maybe it would take too long, or maybe it cost too much, but he settled for a different bike, built up by the bike shop he was working with.

He started a GoFundMe page (I won’t post a link. If you want it, find it on your own.) and began begging for money. I believe he had a second page for a while, as well. At some point, he started to get publicity, local newspapers, then TV and national outlets. Next thing you know, he’d raised thousands of dollars.

Despite that, it took from June until October to get to Philadelphia. Parts of the trip aren’t covered in his blog or FB posts at all, but somehow, he ends up in NYC, riding around Central Park and Times Square, posing for photos with the Naked Cowboy. Then ends up in Philly on the stairs like the scene from Rocky. Big gaps in between, though.  And somewhere along the way, he reunites with his wife and she joins him.

He blames the discontinuity on the media pressure, that he was swamped with calls and interview requests, but even so, at his glacially slow pace, you’d think there would be some details about places and things that happen on the road.

I began to realize that something didn’t smell right here, and while I had hoped for a story of triumph and success, what I was seeing was a delusional man out to milk the public for at the very least sympathy, and better yet, money. 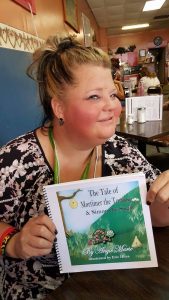 Suddenly, at the end of October, he’s changed plans and is now in Florida visiting family. He’s decided to follow the Adventure Cycling Association Southern Tier route from St. Augustine FL to SanDiego CA. With the changing seasons, and the need to attend to family affairs, that made sense.

No word on how he got there, though. Throughout the dialog, his wife, Angie, has been there, not been there, been driving his truck, getting his truck fixed, riding along on a bike, driving a RV, etc. like they can’t make up their mind what she wants to do. Funny how once the donations came rolling in, she came back into his life.

A lot of people began asking questions on Facebook about Eric’s intentions and what was going on. He didn’t like that and began referring to them as “haters” and blocking them from his page. It wasn’t long until word of the controversy got around. Dr. Phil called.

This updated clip contains most of the show. It is 42 minutes long. Dr. Phil did not cut him any slack and called him out on a number of things. I found it funny that, like Hillary Clinton, he couldn’t recall things like dates and weights when asked, yet he claims to be writing a book and taking notes to support that.

In the end, Dr. Phil hooked him up with a trainer/dietary coach, basically a life coach, to help him get on track. The show took place February 8, 2016, which means at some point, Eric and his wife flew out to LA and back for the show. I’m sure it was on Dr. Phil’s dime, just another luxury vacation on someone elses money.

As of this writing, he is still in FL. He’s been riding up to 20 miles on the days he rides and recently was pleased to announce he had done a 100 mile week. Woo hoo. Today they are in Panama City, FL and has a broken spoke. They are not sure how long it will take to find a bike shop and get it repaired. But with Spring Break about to start, don’t be surprised if they stay there and vacation for a while.

His latest money-making scheme is now selling Beach Body products to raise money for the trip.

Okay, so here’s the bottom line. I don’t think anybody wishes him ill will and we’d all be happy to see him lose weight and get healthy. But he is not going to do it riding 2 hours a day, eating at restaurants, and finding every excuse to stop for days at a time. He wisely chose the Southern Tier Route to avoid the Appalachians and the cold winter weather, but at the rate he is going, he’s going to be crossing Texas in August when it’s 110 degrees. He seems to be following some delusion that he is going to turn his life around without any real effort or change in lifestyle. He is in denial and his wife is an enabling leech.

2 comments on “Fat Guy Across America”