Big fuss over a little jack

You might not realize it, but I’m not a big fan of Apple products. (Go ahead, that’s a joke, you may laugh here.) It’s not that they aren’t sometimes good. Some are excellent, though overpriced, but others are just so-so. To me, it’s more that the haughty, we-know-what’s-best-for-you attitude from Apple, along with the legions of fanboy sycophants that buy every new product without question that rankles me at every turn. The idea that a computer could be so superior (as they want us to believe) yet so simple your grandmother can use it, just doesn’t add up. Then the futuristic, white-on-white, no straight lines, Jony Ive designs have become boring too.

But the computer end of things has settled down. It’s now kind of a Ford or Chevy choice, either is accepted and most people don’t care. Heck, most people are happy with a Chromebook these days.

The iPhone end of things still amuses and befuddles, though. People standing in lines at midnight to buy the latest model iPhone that looks just like the last iPhone unless you get within three feet and know what to look for, seems kind of silly. Apple loves it, though and still holds great big product announcement events for them. The last one happened last week and the big controversy (there is always one) is the lack of a headphone jack on the new iPhone 7. Technically, there is still a headphone jack, but it’s the goofy ‘lightning’ jack that is also used for data connection and power to recharge the phone.

“Oh my god, how will I listen to music while I charge the phone?” was one question. “What happens if I lose the special earbuds that come with it and I want to use a cheap set of drug store earbuds?” was another.

Well, Apple was ready for that and every new phone comes with, not just a set of earbuds with the wacky plug on them, but an adapter to use your old – or preferred – headphones.

Not only that, but Apple, Belkin, and probably every other company that wants to hop on the third-party product train, is coming out with their versions of what they think is needed for the jack-less iPhone.

Belkin was quick to answer the “What if I want to charge and listen at the same time?” question with an adapter to split the one lightning jack into two. Only $40. I’m sure the Apple fanboys will snap them up.

Apple, to it’s credit, is selling their adapter to a normal audio jack (same as the one in the box with the phones) for only $8. I’m sure they will be on Monoprice soon for $2.99.

Apple also kept one step ahead of the game by introducing their “earPods” wireless earbuds at the same show. They are rechargeable, in-ear, wireless earpieces that fit individually in your ears with no interconnection between them. They are Bluetooth, but they use some new protocol that is supposed to be better than the A2DP that is currently common. The new phones will also work with those existing technology Bluetooth devices.

So, is Apple ahead of the curve here? Who needs wires and a jack anymore? Or are they forcing their vision on their public and making them buy expensive wireless devices they might not want?

I’m never going to buy a iPhone, unless some radical upheaval changes the phone market, but I think Apple might be onto something here. Wireless audio is the way and they are saying so. A2DP audio isn’t perfect, but it’s pretty darn good and if Apple has come up with an improvement, then it will be even better.

It seems to me there are two kinds of people who buy iPhones.

1. – The people who have to have the latest-greatest phone at any cost and are willing to pay for the status symbol. They will buy the new phones and buy the airPods and any other over-priced accessories that go with it. They are the people who keep Apple profitable.

2. – The sheeple who buy an iPhone because they see group 1 with them and want to emulate them. They don’t want to have to think about it and decide between an IOS or one of dozens of Android phones. Too many choices. To them a cell phone is an iPhone. They don’t have unlimited money and want an iPhone at the least cost to them. They are the ones who are crying about not being able to use their $3 Dollar Store earbuds anymore. These people keep the phone carriers profitable with their 2-year contracts. 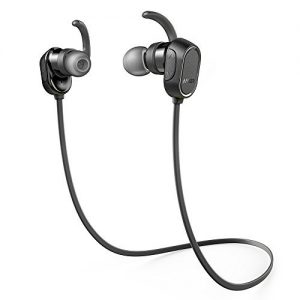 So, I’m going out on a limb and backing Apple in this court. Every new car, it seems, comes with a Bluetooth enabled sound system. Bluetooth headphones of all kinds have been around for several years. I got a set of earbuds from a name manufacturer for less than $20 and love them. No, they are not audiophile quality, but audiophiles shouldn’t be listening to their music on a phone, either. Like every other technology from CDs, to MP3s, to cable/satellite TV, compromises are made between quality and practicality and they split the difference somewhere north of “good enough.”

Apple was not the first company to leave off the headphone jack on a smartphone, but they will definitely not be the last. 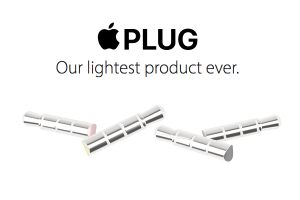 For those who can’t wait for the latest and want to upgrade their current iPhone to be like the new iPhone 7, someone came up with this product. Just pop it in the hole on your phone and voi-la, no more headphone jack!

[Warning: site is a parody. You can’t buy it.]
Posted in Tech Stuff