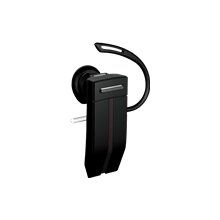 I hate cell phone accessories. Even more than cell phones.

Cell phones have become a fact of life, though. A necessity that we can’t live without. So we pile on features to make us think we like them. My phone is a camera, a web browser, an email client, a personal assistant, a toy and lastly, a phone.

The funny thing is, it’s not very good at any of those things…

I just ordered a bluetooth earpiece. You’ve got to have one or risk a ticket in your car if the phone rings. I don’t talk much while I drive, but it is safer than even the corded earpieces on the rare occasion that I do.

The problem is, it’s the third earpiece I’ve bought. I haven’t found one yet that I really liked. Every one has been a problem. They are uncomfortable. About as comfortable as if you put a clothespin on your ear. And less secure. Even with the hook around your ear, I’ve had them fall out. None of them are loud enough, especially while driving. The last on I had was so smart I couldn’t use it. It was supposed to have voice commands so that all I needed to do was talk to it. All I ever got out of it was “Say a command.” My phone has voice recognition as well. I never knew which one I was talking to and never did get the commands memorized. You shouldn’t need to learn a set of voice commands to make a phone call.

So did I get rid of them because I didn’t like them? No. I just ignored the voice commands and dialed all calls on the phone. That kind of defeats the purpose of having the headset while driving, but I just pulled over to dial. Answering was okay, when I could find the button to press by feel…

No the reason I just bought a new one – I lost the last one. I can’t walk around like a Borg with it on my ear all the time, so I take it off when I get out of the car. I end up sticking them in my pocket. Usually along with my keys. The hook that goes around your ear is like a grappling hook to keys and I guess I lost it pulling the keys out of the pocket later. It’s twice now that his has happened and I’m getting tired of it.

My last one was fancy – voice commands and noise cancelling etc. – a mistake I won’t make again. From now on, since I’m going to lose them anyway, I’m getting the cheapest I can find.

I’ve found that the cheap way to buy cellphone accessories is online. The stores, even the kiosks in malls, really live off the markup on the accessories. $30 for a car charger? Or a new battery? Not in my budget. Battery life is an issue with my new smart phone, so I looked for another one. The result? Another battery and a charger to charge it without putting it in the phone for $12. Sure, it came from China, but so do the ones sold in the shops. I just cut out the middlemen.