↓ Skip to Main Content
Home › Humour › Moist and Chewy: The Saga of Bill and Jerry

Moist and Chewy: The Saga of Bill and Jerry

You know I love those Mac vs. PC commercials, even if they are terribly unfair to Microsoft. 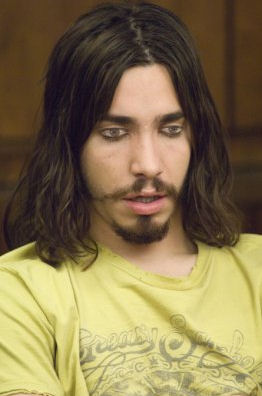 You’ve got to love Justin Long, if not for the Mac/PC ads, for some of his movies. My favorites are Accepted and Strange Wilderness, although he was in some other favorites like Walk Hard: The Dewey Cox Story and Idiocracy, they were smaller roles.

“I’m very, very computer illiterate… I get the worst of both worlds; I look like a geeky hacker but I don’t know anything about computers”. But John Hodgman is even more interesting. He really makes the ads. His dry, understated humor really shines in the Mac/PC ads.

While he plays the role of a PC in the campaign, Hodgman is actually a Mac user: “I bought the very first Mac, or convinced my father to buy it, in 1984.”

I first heard of him through some podcasts so long ago I’ve forgotten which ones he was on, but I remember them talking about his book, The Areas Of My Expertise, and the chapters on 700 Hobo Names in particular. Listen to the 700 Hobo Names MP3, that’s Jonathan Coulton playing in the background. A site devoted to drawings of the hobos has also been created.

So, back to the ads. The more recent Mac vs. PC commercials have been somewhat less on the mark and I think are really reaching to make any valid point about Macs or against Windows. Once in a while, there is a good one. The recent Pizza Box one is different. But I think they’ve run their course. How much longer can they continue to twist the truth and omit the good points of Windows without becoming a parody of themselves and backfiring on Apple?

Microsoft has pretty much ignored these ads all along, so it was a surprise to hear that they were coming out with a series of commercials using Jerry Seinfeld to counter them. We’ve been looking forward to seeing the first one, and find out how MS is going to take on Apple.

Well, the first one has been airing all weekend and it’s leaving almost everyone confused.

Watch it yourself, if you haven’t already seen it. It was on like five times during the Sunday football coverage. If you understand it, you’re doing better than 99% of the U. S. Population.

While it’s undoubtedly the first of a series of commercials, and is setting the stage for more developments in the saga of Bill and Jerry, it’s so far, been pretty much inscrutable. Does it mean anything? Are the shoes a metaphor for Windows? What do the Hispanic people outside the shoe store window mean? Or does that symbolize people left out of the computer experience? And what about the Churros? (Or whatever they are called. You don’t see them around here, they must be a west-coast or south-west thing.) I guess a soft pretzel would do as well.

Anyway, as much as I enjoyed seeing Jerry and Bill hang out, and look forward to more episodes of that, I still don’t get what it has to do with Microsoft or Windows or how it addresses Apple’s unfair ads. I guess, we’ll all have to wait and keep watching.

3 comments on “Moist and Chewy: The Saga of Bill and Jerry”