Well, it’s spring and a young man’s thoughts turn to… 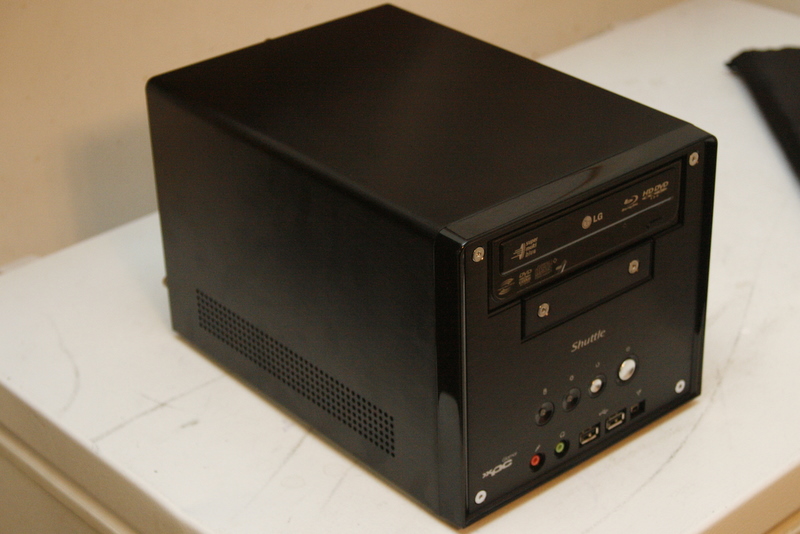 building a PC, of course. Well, I’m not that young, but since I bought a new LCD TV and mounted it on my living room wall, it was the next logical step.

I’ve had a sound system tied into my TV watching since before “Home Theater” was a common term. My first DVR came in 1999, when I got a ReplayTV 2000. I only retired it a year ago when it’s power supply failed. I still have it, in case I want to repair it, but about that time, I got a satellite dish and got the DVR option along with that.

But, I haven’t been totally happy with that, plus with the switchover to DTV, and no way to record over-the-air, I’ve been seriously looking at HTPCs. Home Theater PCs are a computer with a tuner card to collect video and then display it, in real-time, or later via recording, on your TV. It’s a different breed of PC in some ways, with some special needs in the areas of cooling, sound levels and I/O devices.

So, I did a little research and started ordering parts. I started with the Shuttle SG31G2. It had onboard audio and video with both DVI and SVGA outputs. It also, as it turned out, is a very quiet PC with a small, quiet power supply and a CPU cooler that uses heat pipe technology to carry the heat to a radiator built into a case fan. It is variable speed and the whole thing is nearly silent. 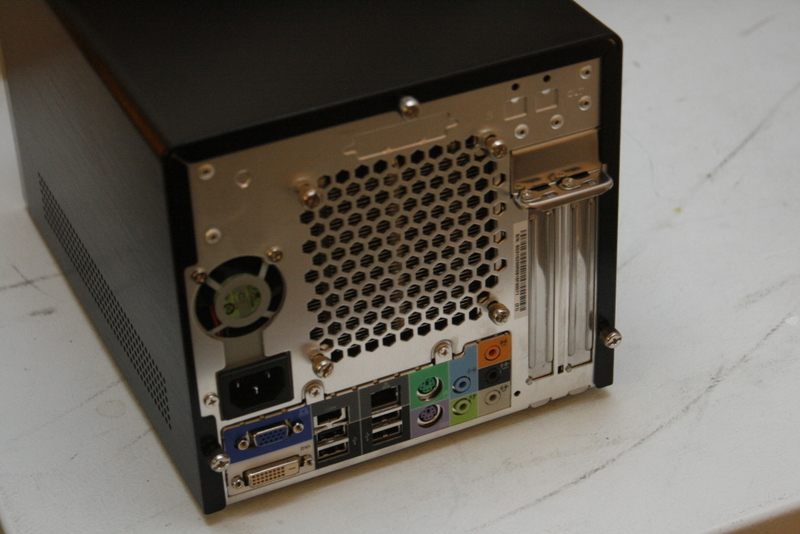 I splurged and added an Intel Core-2 Quad processor and 2GB of DDR2 Ram. Now if I can just keep the kids from playing games on it…

Since it will be doing duty as a DVR, I gave it two hard drives. An 80 GB Seagate SATA drive holds the operating system. So far, I’ve put two partitions on it, one with Ubuntu 9.04 and the other with the Windows 7 Beta.

The second drive will hold video storage, although I withheld a smaller partition for a backup of the OS. It’s another Seagate SATA drive, but this one is a roomy 1.5 TB.

Keeping up with the use of SATA, since the motherboard had provision for three drives, I put in a SATA optical drive. I selected a Blu-Ray player/DVD/CD recorder by LG. I will be ready to at least play Blu-Ray discs. Actually, it will also play HD-DVD, if I ever see one.

The whole thing went together in only a few hours, including installing two OSes. The whole shipment arrived – from three sources – at once, with the exception of one important part, the tuner card, so I got right into building it. 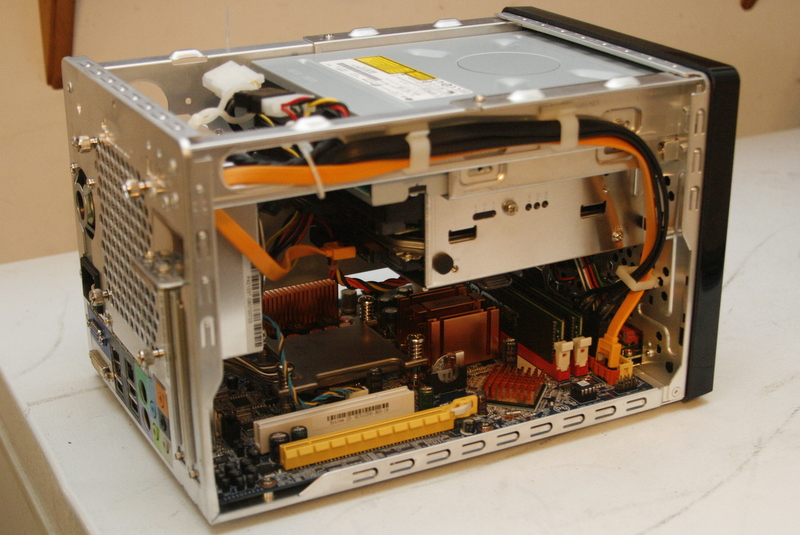 I have a Hauppauge WinTV HVR-2250 tuner card coming to finish the job. It will go into the PCI-e slot at the side of the case. It has two tuners, allowing for potentially watching one channel while recording another, or recording two at once. The tuners are ATSC, so they will get the DTV channels. they also get Clear-QAM, available on some cable systems, although I don’t currently have cable.

That’s the hardware side of it. I’m waiting for the tuner card to arrive, so it’s not fully completed yet. I also got a wireless keyboard with a trackball built into it, so I can sit on the couch and control it. It’s a Vidabox keyboard and works well across the room. The trackball is a little sensitive, but it works and you don’t have to look for where you left the mouse… I have a wireless keyboard and mouse in my bedroom, but the range isn’t quite enough and you always need to find a spot to use the mouse. 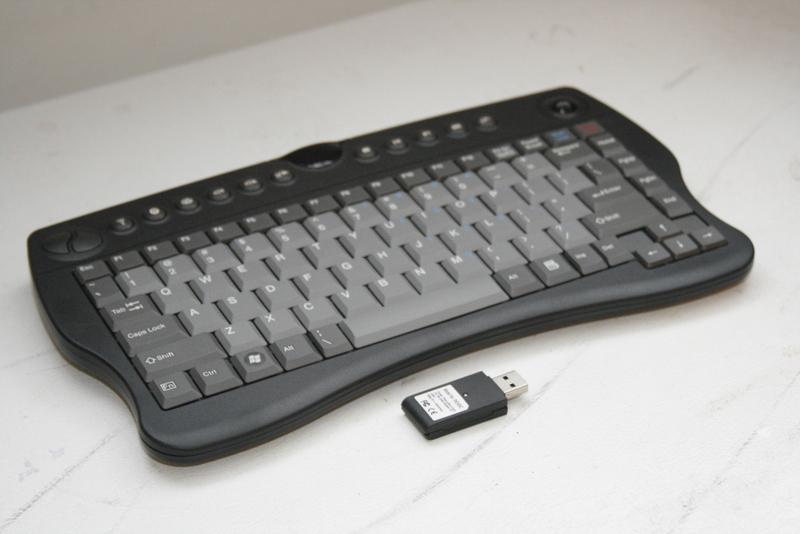 The next step will be finding a software package that does the DVR and video capturing stuff. There are a number of good choices out there and I may play with several. That’s one reason I put Ubuntu on it. There are several Linux based packages that may be just what I’m looking for. Also, the Media Center functions in Windows 7 are supposed to be quite good as well. We’ll see. But first the Hauppauge has to be installed.

One thing I’ve noticed. The PC is functioning and has my choice of two OSes on it, yet it’s no fun to play with. Why? I haven’t connected it to the internet yet! So much of what is done with a computer now is based on being connected to the Internet. I am out of Cat-5 wire and need to get out and buy some before I can get it hooked in.