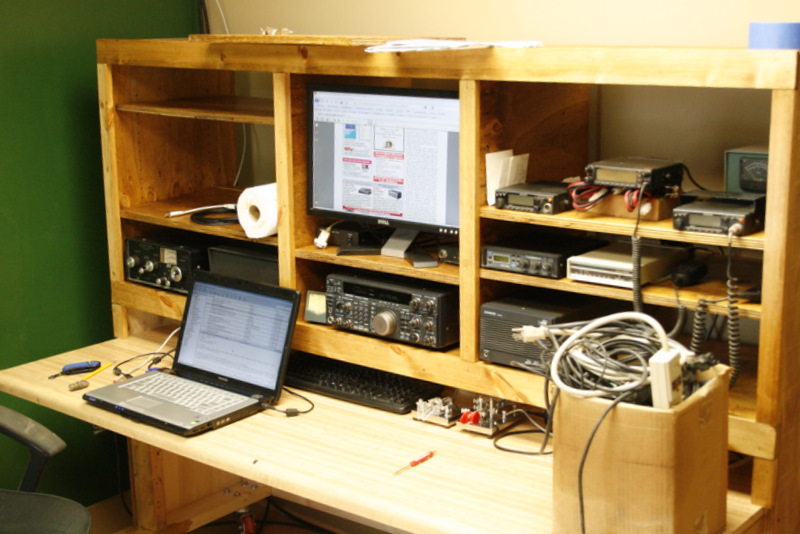 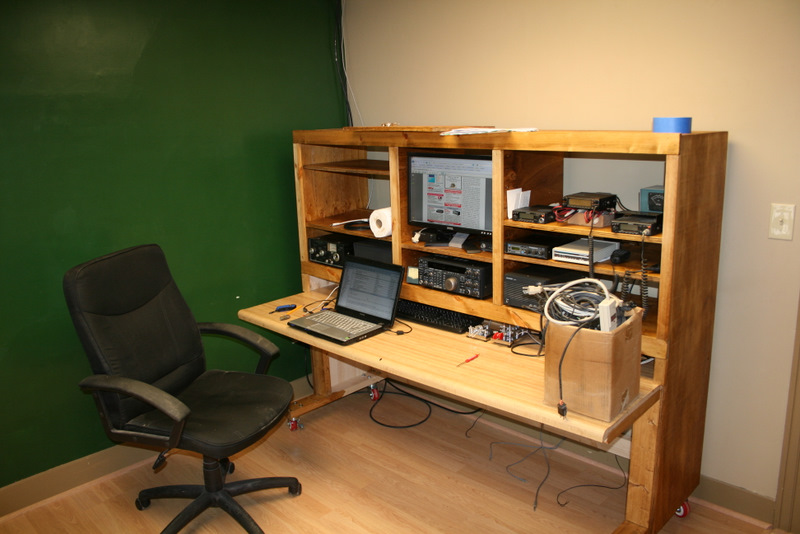 The butcher block look counter was the only thing I kept from the old desk. Things I learned from the old one have made this one better. Plywood instead of particle board. More attention to height and depth to avoid excessive reaching or craning the neck to see a monitor. 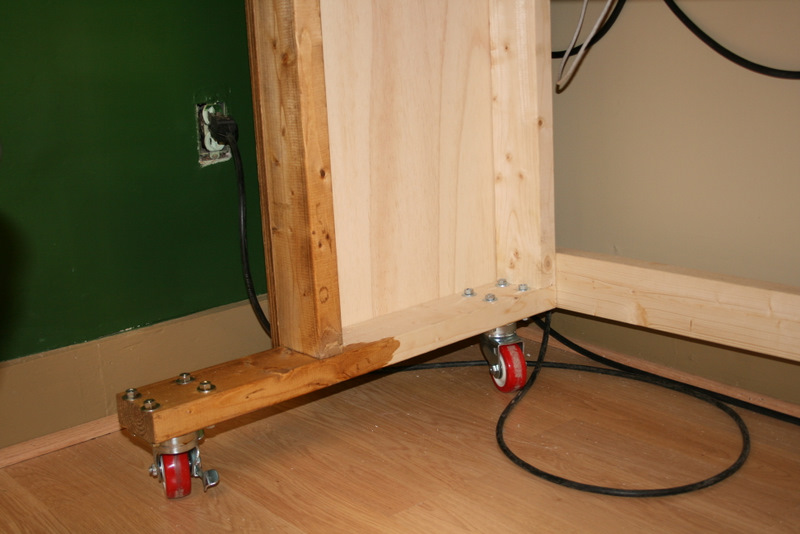 It was always a pain to crawl under the old desk to hook things up. This time, it’s all on wheels. The casters, rated at 300 lbs. each, cost a hundred dollars, but are worth every penny. There’s also a hidden shelf in back where there are power outlets and the DC power distribution and networking wiring can be hidden. Don’t let the wires hanging down in the pictures fool you, they’ll be dressed away neatly when it’s all done. 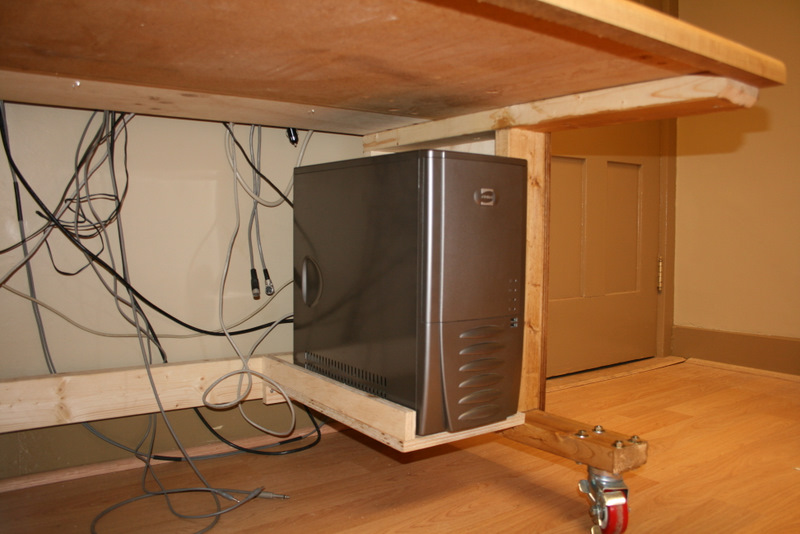 The monitor sits up at eye-level and the keyboard sits under an overhang where it can be pulled out at any time. But the last thing to be worked out was where to put the computer CPU. Today, I made a shelf for it underneath. It works great. Another one will eventually go at the other end, if needed.

There’s still more to be done. Some more finishing could be done below. There is more equipment that might get placed in the shelves eventually. And there is some antenna work to get done outdoors. I have a rotor sent out to be repaired and need to get at least an 80 meter dipole up in the air. Anyone want to climb some trees for me?

6 comments on “My studio project”