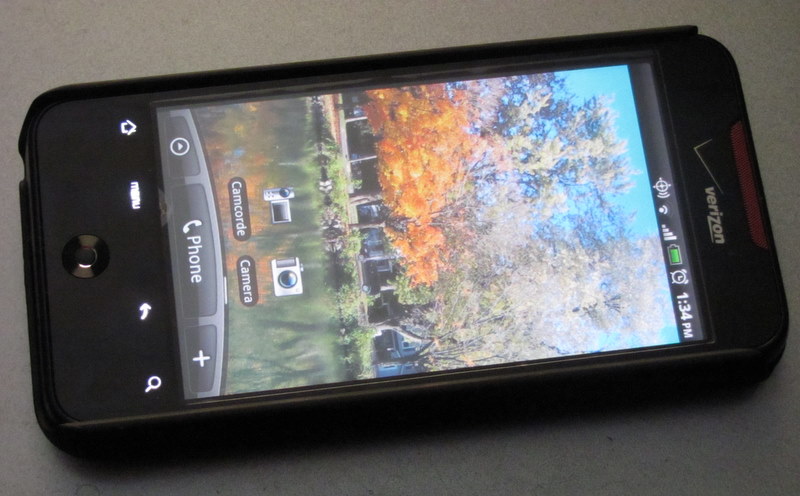 Imagine if every computer manufacturer designed their own operating system. If you used a HP computer, you’d have to learn everything all over if you bought a Dell. It would be chaos. And it’s why Windows still is the OS of choice for the majority of personal computers. They made the OS a separate product from the hardware and enabled manufacturers to sell the hardware but with an OS that had a familiar human interface.

I’ve had my new Android phone for less than two weeks now, but I can see where the same thing is happening in the cell phone world. Of course, cell phones are more than just phones now and are approaching the point where they can do nearly anything a PC can, so it is just in time.

Up until recently, every cell phone I had was different. Every one had more capabilities then the last, but to use all of them meant searching around through menu after menu to enable some of them. Even my last phone, which was a fairly intelligent phone, but not nearly on a par with the Android I have now, had things I knew were in it, but I had a hard time finding them when I needed to use them.

But, now with smart phones that actually have an OS, that changes. It doesn’t matter whether it’s an iPhone, a ‘Droid, or even a new Windows Phone 7 model, once you learn it’s OS, the next one you have will work the same way as long as it’s the same OS.

Kind of reassuring, considering the complexity they offer now.

I realized this as I watched a TV commercial for an Android phone from T-Mobile. The screen on the phone was the same as my Verizon HTC Incredible. I have no doubt I could have picked up the T-Mobile phone and used it just as expertly as I can my own phone. No learning curve needed. Just don’t hand me an iPhone…

So we are at the same place as we are with PCs, knowing our favorite OS and able to choose from various models by different manufacturers knowing we will be familiar with it’s operation immediately. The phone has become a hardware commodity and the OS, along with it’s Apps that allow you to customize how you use the phone, is becoming the focus of most of the attention.

Is this the inevitable evolution of modern machines, or just the fact that our phones have really become just smaller PCs? After all, it’s trivial to use your PC to make a phone call now. And using the phone for data, to surf the web, do Facebook, Twitter and all that is the norm. Is the cell phone just a hand-held PC you carry with you? A computer that occasionally interrupts you by ringing? It’s certainly changed the way we use them. So it’s a good thing that the OS has become standardized and once learned can carry our learning from model to model.