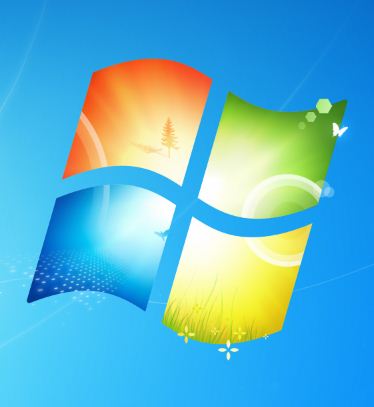 I finally bit the bullet and installed Windows 7 on my laptop. I have had a little experience with Win 7 in the beta version, having it installed on two computers. One, my HTPC box developed hardware problems that are still unresolved, and the other is an old Pentium III motherboard that is marginally able to run it.

But despite that, I feel good enough about Win 7 to want to risk an upgrade of my main daily use computer, my Toshiba Satellite A250. It had – and came with – Vista Home Premium, which has always run well on it. I’ve always felt that much of Vista’s bad rap came from installs over an existing operating system. It’s expecting a lot for Vista to run well when it inherits all the clutter and crud from an old XP – or worse – install. A clean install, especially when done by an OEM, gives it a fighting chance to shine.

Microsoft avoids a lot of that with Windows 7. They tell you right up front that many combinations need a clean install. Putting it on my laptop was one of the ones that could have been upgraded in place, keeping my programs installed, but I chose a clean install anyway. It’s safer to start with a clean slate.

I had tried Win 7 already on it. How? I installed it in Sun’s Virtual Box as a virtual PC. It worked fine that way, as well. I ran Microsoft’s Windows 7 Upgrade Advisor. It told me that it was basically okay to upgrade to Win 7, warned me about a few drivers that needed to be upgraded and cautioned me about some older software. It also gave me one tip that made it a lot easier: it told me that Toshiba had additional information on upgrading their laptops to Win 7.

I checked out the Toshiba page and after some poking around – most of the page seemed to be written with recent laptops in mind, ones that were expecting a Win 7 upgrade when purchased – I found specfic instructions for upgrading my laptop. Not only did they give me a step-by-step guide, they have a program that, once Win 7 is installed, automatically downloads any drivers that are specific to that model and installs them. Piece of cake.

So, I started by putting that program on a thumb drive. I backed up all my data to a USB hard drive using Windows Backup. It turned out to have saved much more than I wanted and came dangerously close to filling the hard drive in the laptop when I restored it. But much of it can be deleted and a lot of it is duplicated, since the install saved a lot of stuff in a windows.old directory.

The installation went smoothly. Nearly unattended. All I really needed to do was enter the product key and the little bit of info you always need to provide. I don’t know how long it took, because, I basically just went away and came back to find it done. I then ran the Toshiba program and everything was happy.

I’m not sure what needed to be updated from Toshiba. I think they hinted at wireless drivers, although the Win 7 default ones were functioning. They always like the specific ones. Maybe the touchpad drivers. Maybe those silly FN button keys that I really don’t ever use anyway. Probably the webcam drivers. But I haven’t found a thing that doesn’t work, so it must have gotten whatever it needed.

I’ve done all that manually before with upgrades. Finding out which drivers don’t work, then finding the ones you need online can be tedious. Back before everyone was online, it was downright disastrous. You had to locate disks and hope you had them.

The next step was to get programs and all my shortcuts and passwords restored. This is something that has gotten easier too. My first step, as always is to install Firefox. That’s the only time I use Internet Explorer! Once firefox is installed the add-ons to it get installed. Xmarks, FEBE, Down-them-all, Ad Block Plus, No Script and Web Developer Toolbar all get it done.

I run FEBE to restore my passwords and bookmarks. Why not let Xmarks do that? Because it needs a password! I have a FEBE backup on my encrypted thumb drive. Even though it wasn’t as recent as Xmarks (which updates every time I use any of my computers) it was good enough to get me started. My password manager, Keepass, on the same thumb drive, gets me into Xmarks and gets that functioning. It’s so nice to have the same bookmarks on every computer and have most of your passwords remembered by it. I can use much more secure passwords if I don’t have to remember them myself.

Then comes software. The first stop is a web site called ninite.com. It has a list of open-source programs that you’re sure to find a bunch of what you need in. All you do is check the ones you want to install, click a button and it prepares a custom program that installs them for you. No tracking down all the websites. No worrying about getting the latest version. No hunting for disks. It just works. It’s kind of like one-stop-shopping. I had it install about 10 programs, everything from Thunderbird for email, to utilities like 7-Zip. It even had Microsoft Security Essentials, which has become my favorite free Anti-Virus program.

That was one place where I screwed up. I forgot to backup my email. I could have saved everything and imported it into Thunderbird, but I didn’t think of it. I didn’t even save my address book. Oops. Not a big loss. The old set of folders was getting cluttered and a fresh start will be nice. I just hope I don’t need someone’s email address.

That just left those programs that needed to be reinstalled from discs. I have a lot of them backed up on the same USB drive that I used for the backup, but a few I had to track down CDs and install. I’m still looking for my copy of Office, but maybe I’ll just use Open Office or Office 2010 Beta, if I can’t locate them.

I had probably a hundred programs installed. Most of them were used so seldom, I don’t miss them or even remember them. If I need them again, I’ll track them down as needed. No wonder computers get so bogged down and slow. With nearly ubiquitous broadband access, they’re always just a few clicks away.

So how do I like Windows 7? It’s not that big of a change from Vista. It’s what Vista should have been. Actually, getting used to Vista after XP was harder. On the Toshiba, which is a fast enough processor to handle it (Intel Centrino) it’s really nice. All the fancy graphics embellishments (Aero Glass) that I had turned off on the Pentium III machine with the beta version, work nicely. Boot up time is much quicker, partly because of Win 7, partly because I clean installed and removed all the cruft.

Should you upgrade to Windows 7? That, as always, is up to you and depends on your computer, your needs, your willingness to spend the effort it takes and whether it’s worth the cost of the new OS. For most people, I’d advise against it. Just know that you’ll have it on your next computer when you reach that point. Unless it’s a Mac. Or you go Linux.