Yes, it is really true: Best Buy does Suck! 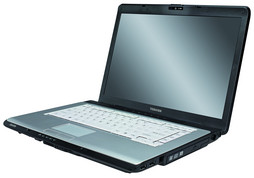 I went out to shop for a new laptop last night. I don’t know what it is about laptops, but I just don’t like buying them online. They all look good in the little pictures, but it’s not the same as actually seeing one up close.

I went to the local Best Buy store. It’s about a 20 mile drive for me, but other than Wally-World, there isn’t much else in Lockport that sells a laptop computer. They had quite a selection of computers, but not very organized. Different brands were side-by-side, no progression of price as you went from one to the next. Just plain no-rhyme-or-reason to them.

I looked for a bargain. There were two models that seemed to be reduced. One was on sale at $599, but was too low-end for what I wanted. The one next to it was closer to what I wanted.

It was a Toshiba Satellite for $859. According to the tag, that was $100 off it’s usual price. Cool. It had the features I wanted, which weren’t too demanding, but were a generous sized hard drive (200GB), 2 GB RAM or more and a processor that balanced speed with battery life. It was about what I was looking for, but I wasn’t in love with it.

Then I wandered across the department and saw another Toshiba Satellite laptop. This one was also $859 and was equal to the other one in every way, but had 3 GB of RAM and had a slick shiny black-gray finish that I liked better. The other one was a white-silver finish on the keyboard area, which I have nothing against, but from past experience, know it shows dirt after a while. The darker finish appealed to me for that practical reason, as well as it just looked sexier. Plus the trackpad was flush with the surface and had a textured surface, rather than being recessed.

The features were a toss-up, so looks decided it. I asked a sales associate if I could get one. He said that it was the only one there, but some more had just come in on the truck and would be in stock the next morning. I asked about the difference between that one and the one that was on sale for the same price. He raved about the one that was on the truck, but didn’t seem to care for the other one.

I left it at that and said I would return “tomorrow.”

So, I went back the next day. Another 20-mile drive, but it’s a nice sunny, spring day, why worry?

I went into the store and headed for the laptop I was interested in. It was still there, in exactly the same spot, but the price tag had changed to $959! I asked a salesperson if I could get one and he easily found one in stock and prepared to take my money. I told him I had been in the previous night and that the price was $100 less then and he checked on it. The register said $959. He called his manager.

We told the manager my story, that I had looked at the computer the previous night and had wanted to buy it then and the price had been $859. The manager didn’t bat an eye. He didn’t claim there was a mistake. He didn’t deny it. He simply said: “The price goes up and down with the market.” Ummm, okay, I guess I hadn’t thought of it that way. Maybe they bid on these things in giant computer auctions???

I said “But I was here last night ready to buy it at $859, but you didn’t have one to sell me. You told me to come back today.”

He said, “But we didn’t have them yesterday.”

I said “Yes, but you had a display model out with the price on it at $859. And told me they were being unloaded from the truck today.”

He took the boxed laptop off to the service desk and said he’d see what he could do. I followed him there and he said “The best I can do is $10 off.” Well, that is an insult. My time is worth more than that. I’d rather have had him say he couldn’t offer anything off.

Fortunately, since I had not bought it the night before, I had gone home and done my homework. I knew that I could buy the exact model from Toshiba directly for $869 and that Wal-Mart had it listed on their website (though not in stock) for $888. So I told him I’d pass and wait for Wal Mart to get them in stock.

I didn’t, though. I’d rather bang chisels on a rock than spend that much money at Wal-Mart. I went to Circuit City, which was just a few minutes drive away from the Best Buy store. (Driving by the now-closed Comp-USA) I bought my last laptop there and hadn’t had too bad of a time by it.

I didn’t find the model I wanted there, but I found the model that had been on sale at Best Buy for $859 ($100 off) for $849. On top of that, it had a $50 rebate. So the regular price was $10 better than their clearance price and they had a rebate. I guess they did me a favor. I gave Circuit City my money again and once again left Best Buy with a bad taste in my mouth.