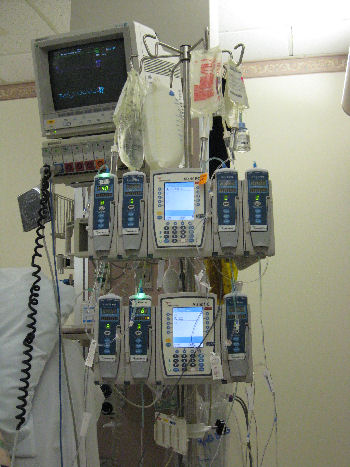 Al continues to improve slowly. He’s still wired to a bunch of IV’s and drain tubes, but that’s to be expected. He’s not out of the woods yet, but there’s been no sign of the Wicked Witch or any Flying Monkeys.

I visited him late this morning and found him sitting up in a chair and eating applesauce and apple juice. Finally, food, such as it is. I know he was hungry even going into surgery. But that’s no time to eat!

While I was there, he was getting some of his meds and a nurse was doing his checks. Everything still looks good, but Al was tired and I left after a while to let him rest.

I think he’s beginning to regret letting me get my hands on his camera! But I’m glad he brought one. I didn’t bring mine and would have wished I did, but there was a weight limit on the plane. 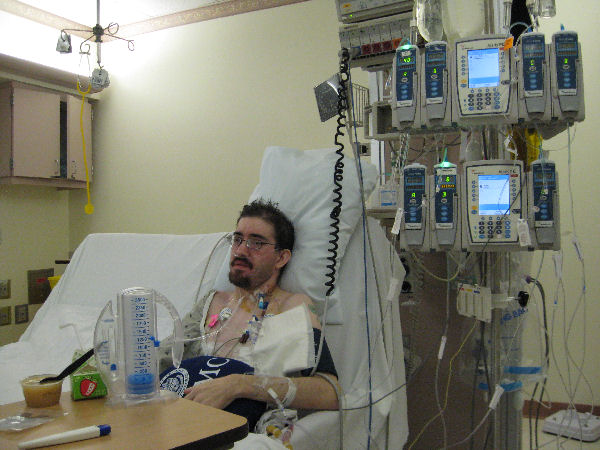 10 comments on “Day 3: Follow the Yellow Brick Road to Recovery”