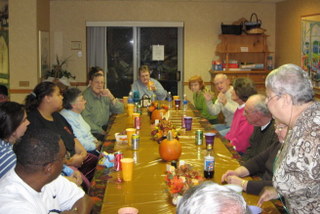 I just visited Al. I went straight to his room on arrival at the hospital today, about 9:00am-ish. He was trying to sleep, but talked to me for a bit. He would have been wakened soon anyway, because someone from the transplant department came in to review the medications he will be taking.

She separated each drug into two pill cups. One for those he will probably be taking the rest of his life and the other for those he will eventually stop taking. They were an impressive pile of pills, but Al has been taking so many pills all his life, he wasn’t flustered a bit. He knew what almost all of them were.

He didn’t know one of them. Protonix. But I knew that one. It’s a proton pump inhibitor and I took it for some time for GERD. It’s hard to stump Al, so I enjoyed that little victory.

He complained about a sore back and said he had been kept awake all night because of muscle spasms. They told him that was pretty normal at this point, but he wanted to sleep some more, so I left him to sleep as long as he could.

Last night, at the Family House, they had a big dinner for everyone. No occasion, but I’m told they do it about once a month. We had baked ham, sweet potatoes with brown sugar and pecans, homemade applesauce, and too many other good things to list. The best part, though, was getting to visit with more people at the house. Many of them, I hadn’t met before. 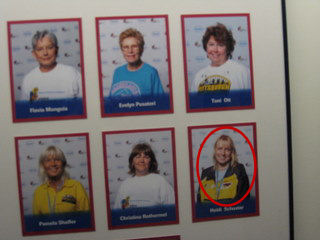 I was walking down the hall just outside Al’s room and noticed they had some photos of people who had been in a “Transplant Olympics.” I did a double-take, because I recognized one of them. She was from Buffalo, and I had met her at a music concert a while ago. Her name is Heidi Schuster and I hope she’s still doing well. It was so cool to see Al following in the same path as someone else I had met. 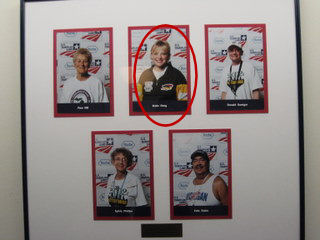 Out of curiosity, I looked at some more photos further down the hall and saw another familiar face, but not one I had met. It was a photo of more Olympians and one of them was Katie Ozog. Al and I had gone to a benefit concert in her memory. She passed away in 2003 and a close friend put together the concert in her honor. It was the same photo they had on the poster for the benefit.

It was a sobering reminder that there is nothing for sure about this. It can still go either way.