Latest News on Al in Pittsburgh

I had hoped Al would be posting more here to keep everyone updated on his progress after the transplant, but he’s only made a couple postings. That’s okay, maybe he hasn’t felt like it, or has been too distracted by the constant attention he’s getting (to his consternation) from the nursing staff…

But I’ve been in touch daily mostly via IM. He’s been doing well, with no real setbacks. At this point, he’s got every one of the multitude of tubes had attached to him removed, with the exception of one IV in his mediport. I’m sure he’s probably getting important things through that, like antibiotics. There’s something about removing an IV that they never like to do until the last minute. It’s like they want to yank it out as your walking out the door.

Of course, the only thing worse than waiting forever to get an IV out is having to put one back in because it was taken out too early. But with the mediport, that’s relatively minor.

The good news is, they will have to take it out at some point tomorrow, as they plan on kicking him out then. He’ll be moving into one of the Family Houses tomorrow and I’ll be driving back down there to accompany him.

I don’t yet know which one of the Family Houses we will be at, but I know where all of them are now, from riding the shuttle bus past them countless times. Al filled out some paperwork today relating to that, but I haven’t heard final details. 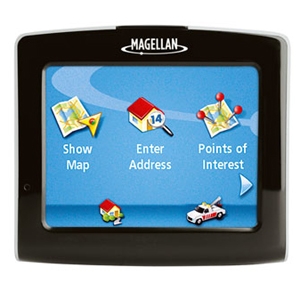 So tomorrow is a road trip day for me. Driving Al’s car there. I picked up a GPS unit after seeing Mark’s in action the last time. I don’t need one around here, but in a city like Pittsburgh, it’s the bomb for finding your way.

I’ve also got a new cell phone. On the last trip, my phone’s battery was lasting barely through the day and I was charging it nightly. One accident with getting the plug in it straight and I’d have been without it for a day. Of course that would have been the day I needed it.

So, not only did I get a new phone, I upgraded it. I now have web access, email, text messaging, instant messaging, camera, music, and it probably cooks breakfast too. So, I’ll be in touch.

My old phone had all those things, but it was pretty poor at it. I never enabled the web access on it and texting was a pain and only useful under dire need. And forget the camera. Not only was it a lousy camera, getting the photos out of it was nearly impossible. The only way was to send them to a Verizon service ($0.25 plus data airtime) then download them from a web site. This phone has a little data card I just pop into my laptop and copy the photos off it.

One comment on “Latest News on Al in Pittsburgh”