↓ Skip to Main Content
Home › Transplant › Now we are there, we wait.

Now we are there, we wait. 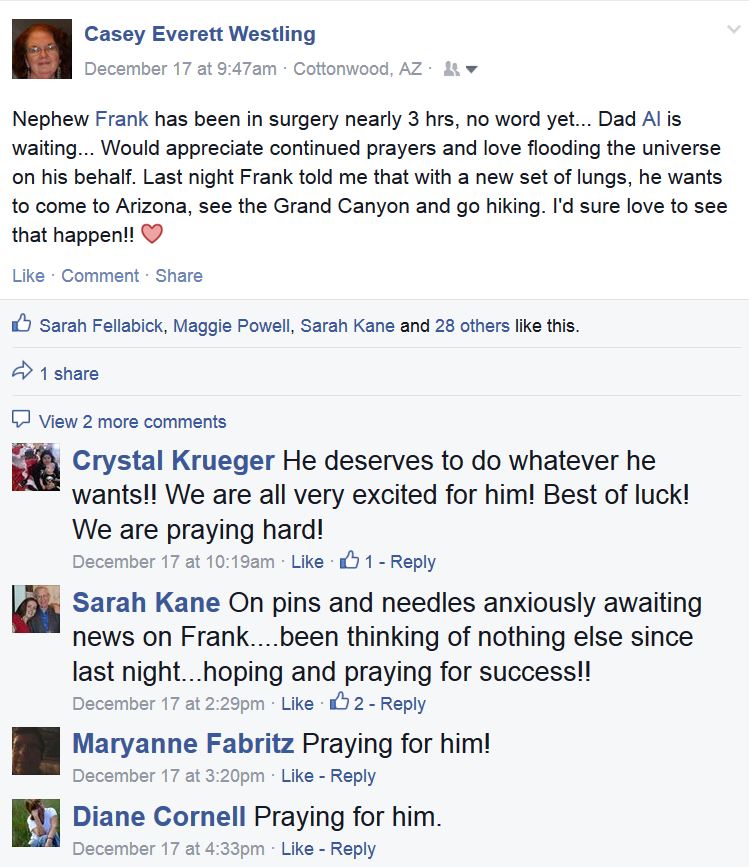 Facebook has been the lifeblood of our communications with the family back home and across the country. The fact that I can post and respond to it from my phone has been a lifesaver.

Team Frank, our fundraising group has also been going nuts with text messages to the group. There were times when I had to mute my phone because they were coming in so fast.

After sitting in a family lounge on the 4th floor, I eventually found out that I should have been on the 5th, but it didn’t matter, I found Frank in the CTICU only about a half-hour after he was brought there. Even though he was still out and they planned on leaving him that way for a while, they let me see him. I met his assigned nurse, Loida, who was very nice and took great care of Frank.

The next day, Thursday, the 18th, I visited again briefly. This is what I wrote later.

By the time I got back to the hotel, he had texted me to say he wanted his phone charger! We’re making progress from sleeping, to writing on a clipboard, to texting!